Owner Amir Peay had big dreams for selling James E. Pepper in Europe when he started producing these bottles four years ago. He rented space in a warehouse in Europe, setting up a whole new distribution system. But then Trump started a series of trade fights with the European Union, which retaliated by slapping a 25% tariff on American whiskey, making Peay’s bottles much more expensive for European drinkers.
Peay’s European sales steadily declined, and over time James E. Pepper lost 75% of its foreign business. He hoped for a reversal once Biden took office, but like other exporters, he’s been disappointed. Biden is meeting his foreign counterparts this weekend at the G7 summit in Britain, but it’s unclear how long the tariffs will stay in place, despite recent signs that the American and European officials will begin negotiating on trade.
“We’re still on death row,” Peay said. 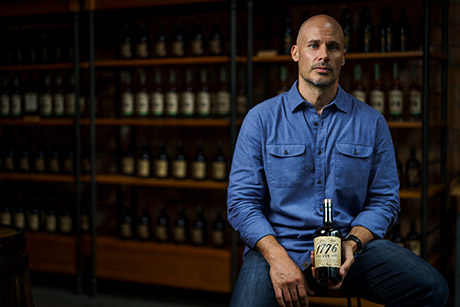 To be considered straight bourbon, whiskey has to be aged for a minimum of two years. James E. Pepper spirits usually take longer.
It’s one of the oldest brands of whiskey in the United States, starting production during the Revolutionary War and is intertwined with American history. The Old Fashioned cocktail was created in Colonel James E. Pepper’s honor and the distiller was instrumental in the passage of the Bottled in Bond Act, one of the first federal consumer protection laws.
RELATED: US whiskey distillers face 50% tariff in Europe if Biden leaves Trump trade policy in place
The brand and distillery was abandoned for decades before Peay started distilling under the name again in 2008. He rebuilt the operation on the original land, reopening in 2017, and named the flagship label “1776.” 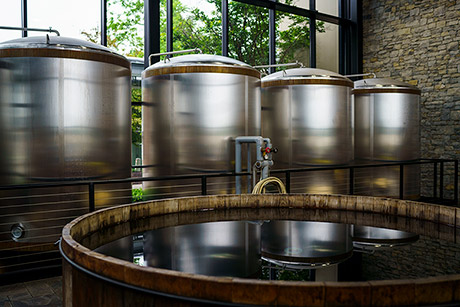 “When we fill barrels of whiskey today here we’re making plans for what we do with them in four years. And we made plans and projections based on stocks put away for Europe that are not going to come to fruition,” added Peay, an entrepreneur and history buff who resurrected the James E. Pepper brand after discovering its rich past.
Distilling is a long-term process. It starts with grinding the grain, which is then fermented on the upper level of the distillery, Peay explained as he dipped his finger into the vat for a taste one day this week.
“This one’s been cooking for about 42 hours and will be stilled tomorrow,” he said.
It will then be stored in an off-site building, known as rickhouse, to age, meaning today’s barrels will likely land on shelves in 2025. But Peay has no idea if there will be demand for James E. Pepper whiskey in European bars and restaurants by the time it does.
“There’s no guarantee we ever get that momentum back. Once you lose that spot on a shelf, the consumer has tried something else,” he said. 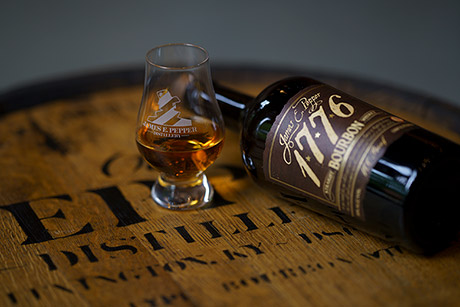 Trump slapped tariffs on foreign made steel and aluminum in an effort to protect US producers in 2018 and Europe retaliated with tariffs on whiskey — as well as on some other quintessential American products like Harley Davidson motorcycles, peanut butter and denim.
Targeting whiskey had another political benefit — it caused pain for industries in Kentucky, home state of Senate Republican leader Mitch McConnell. And Harley Davidson is based in Wisconsin, which in 2018 was represented by former Rep. Paul Ryan, then serving as House speaker.
McConnell is no longer the majority leader, Ryan is no longer in the House and Trump is no longer president — yet the tariffs remain in place and were even set to double to 50% on June 1. Days before, the European Union announced that they would put off that escalation until December as officials begin discussions with their counterparts in the United States about the overproduction of steel and aluminum. 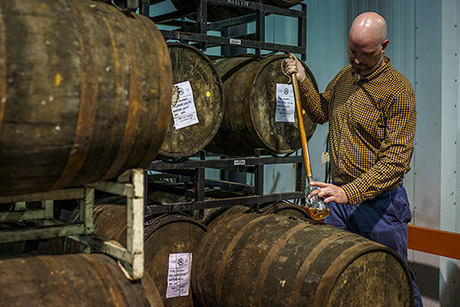 It’s ultimately up to Biden to remove the tariffs. But they’ve now been embraced by the US steel and aluminum industry, which are key to the President’s mission to rebuild domestic manufacturing and the nations’ infrastructure. US Trade Representative Katherine Tai, Biden’s top trade official, has said any deal must address the global excess capacity.
The tariffs have made steel more expensive for American buyers — which has been another hit to Peay, who’s building a new warehouse at home. The rise in steel prices, as well as a recent spike in the price of lumber, has drove the construction cost up more than 33% than he initially planned.
Biden has also left in place Trump’s tariffs on roughly $350 billion of Chinese-made goods. While they have cost American importers billions of dollars to import items ranging from baseball caps to bicycles, the new administration is continuing to take a hard line on China for engaging with unfair trade practices, such as intellectual property theft and forced technology transfers.
RELATED: Here’s why Biden has left Trump’s China tariffs in place. 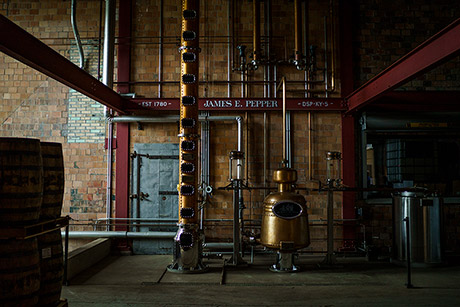 Still, there’s been other signals that Biden intends to ease trade tensions. Earlier this year, both he and the European Union agreed to suspend for four months tariffs levied related in a separate matter, a long-running dispute over subsides for Boeing and Airbus.
“We’re optimistic the Biden administration is doing all they can to resolve these complex trade issues,” said Chris Swonger, president and CEO of the Distilled Spirits Council.

There’s no question that the tariffs put a chill on US exports, which were allowed to enter Europe tax-free for the past two decades. Now, the US is exporting nearly 30% less whiskey than it was prior to the tariffs.
Brown-Forman, which makes Jack Daniel’s and is the biggest exporter of American whiskey, was hit extremely hard, bearing roughly 15% of the country’s entire tariff bill from Europe and the United Kingdom, CEO Lawson Whiting said on an earnings call in March.
Still, the industry is doing very well overall. 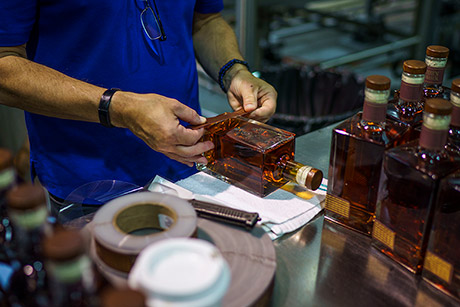 “The tariffs hit hard, but domestic growth and interest in bourbon is just through the roof and has sustained,” said Fred Minnick, the author of “Bourbon: The Rise, Fall and Rebirth of an American Whiskey.”
Sales of whiskey are up 49% over the past five years and even grew last year when bars and restaurants were forced to shut down due to the pandemic.
While distillers are facing higher taxes abroad, those at home have been reduced. At the end of last year, Congress made permanent a tax cut first put in place temporarily by the 2017 tax reform legislation. It reduces the federal excise tax to $2.70 a gallon from $13.50 for the first 100,000 gallons produced — making a big difference, especially for small craft distillers.
“Last year was a bonanza year,” said Conor Lennon, an economist at the University of Louisville — but, he added: “That’s not an argument in favor of the tariffs. They would love to be selling here and there.” 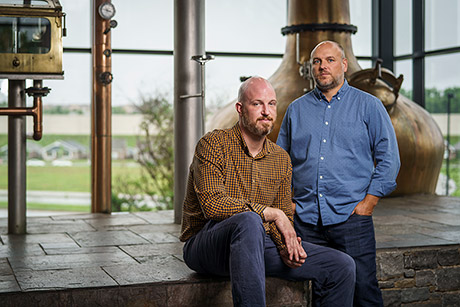 The Town Branch Distillery, named for the limestone water creek running through Lexington that’s a key ingredient in Kentucky whiskey, could easily grow its exports abroad if it weren’t for the tariffs.
Its parent company, Alltech, owns a distillery in Dublin and the Lexington location could take advantage of its distribution network to expand its international business.
But the tariffs were put on before growing exports were a major part of Town Branch’s plan.
“It hurt us because we couldn’t expand with our sister operation,” said Alan Kennedy, the distiller and blender.
For now, Town Branch is also seeing growth at home and as the only Lexington stop on the Kentucky Bourbon Trail — and the only one with a brewery also on site — director of spirits Rob Krass is optimistic the next year will be just as strong as the country opens up.
“We didn’t lose on Europe. We lost the opportunity on Europe,” Krass said. “But we’re set up to go whenever the time is right.”