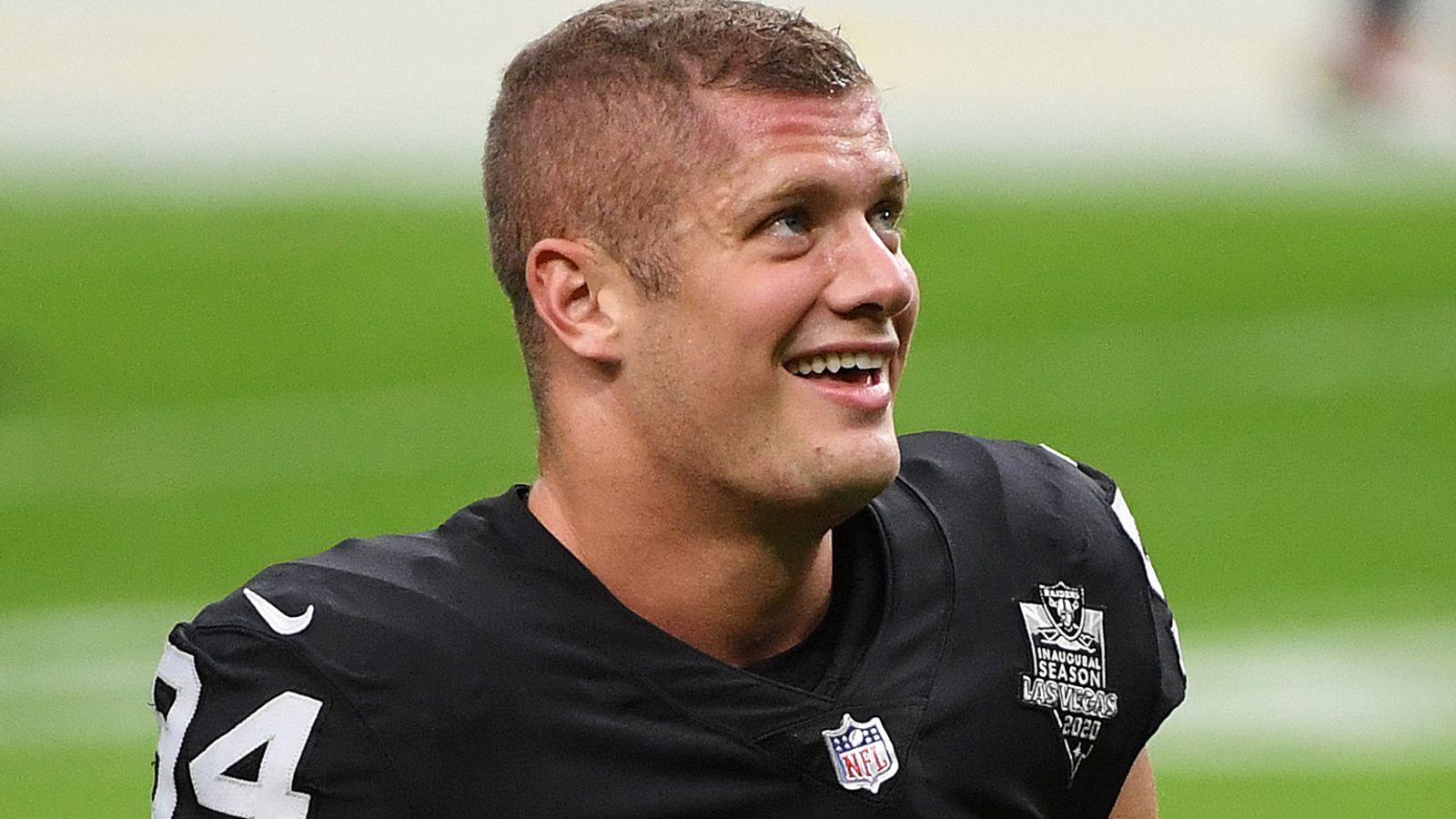 There has never been an active publicly out gay player in NFL history, although several players have come out after retiring; defensive end Nassib signed a three-year, $25m contract with the Raiders in March 2020

The 28-year-old made the announcement, which comes during LGBTQ Pride Month, via an Instagram post on Monday, which included a video message.

“I just wanted to take a quick moment to say that I’m gay,” Nassib said.

“I’ve been meaning to do this for a while now but finally feel comfortable getting it off my chest. I really have the best life, the best family, friends and job a guy can ask for.

“I’m a pretty private person so I hope you guys know that I’m not doing this for attention. I just think that representation and visibility are so important.

“I actually hope that one day, videos like this and the whole coming out process are not necessary, but until then I will do my best and my part to cultivate a culture that’s accepting and compassionate.”

Nassib signed a three-year, $25m contract with the Raiders in March 2020.

There has never been an active publicly out gay player in NFL history, although several players have come out after retiring.

Nassib has partnered with The Trevor Project, a non-profit organisation focused on crisis intervention and suicide prevention services to LGBTQ youth under the age of 25. He has made an initial $100,000 donation.

Picked by the Cleveland Browns in the third round of the 2016 NFL Draft, Nassib went on to spend two seasons with the Tampa Bay Buccaneers, before landing in Las Vegas with the Raiders.