‘I’m the messiah, I’ve come to kill you’: Father of ex-Aston Villa star Dalian Atkinson tells court how son banged on front door to wake him then grabbed his throat… before he was Tasered by policeman, murder trial hears

By Dan Sales For Mailonline

The father of former Aston Villa star Dalian Atkinson has told his murder trial beyond the grave he warned police his son was ‘not in his right mind’ on the night he was Tasered.

On the third day of the case at Birmingham Crown Court, jurors were read a statement given to officers by Ernest Atkinson a week after his son’s death on August 15, 2016.

The court heard Mr Atkinson recalled his son saying: ‘I’m alive, I am the messiah, and I have come to kill you.’

Mr Atkinson, who has since died himself, told police his son had grabbed him around the throat after ‘pounding’ on the door of his home in Meadow Close in Telford, Shropshire, in the early hours.

The Crown alleges West Mercia Pc Benjamin Monk murdered the ex-Aston Villa star by kicking him in the head intending serious harm, while the officer’s then partner, Pc Mary Ellen Bettley-Smith struck blows with a baton out of anger.

Jurors have heard Ernest Atkinson, then aged 85, gave his account of the events to police on August 23, 2016.

His statement was summarised and read into the court record on Thursday by junior prosecution counsel Paul Jarvis. 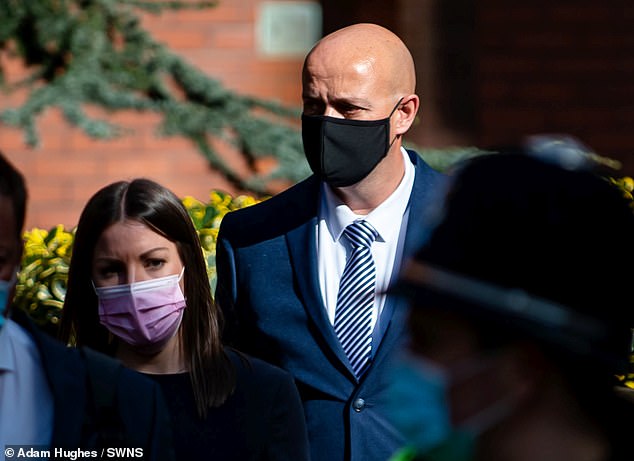 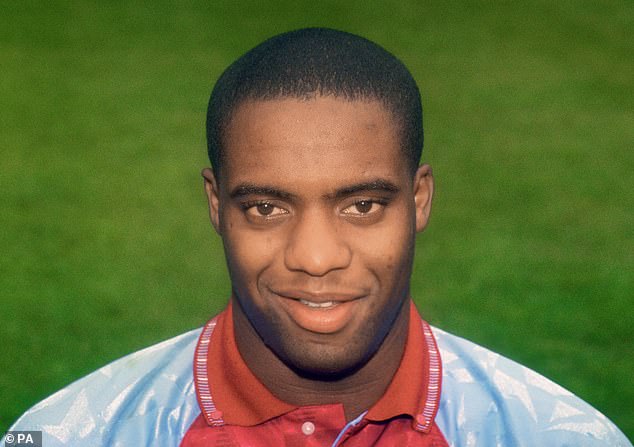 Mr Jarvis said: ‘Ernest explained that he was in bed upstairs when he heard some movement outside at the front of his house.

‘He saw his son Dalian standing outside on the gravel area near the front of the house.’

Mr Atkinson told police he had opened a window and asked his son what was wrong, and he had asked to come inside to talk.

The former Sheffield Wednesday and Ipswich Town’s player seemed to be upset, his father stated, and he opened the door for him because he was banging on it.

Addressing the jury, Mr Jarvis added: ‘Dalian told Ernest Atkinson that he loved him and asked why his father and the rest of the family were trying to kill him.’

According to Mr Atkinson’s account, his son ‘described himself as a born-again Christian’ and appeared to be angry. 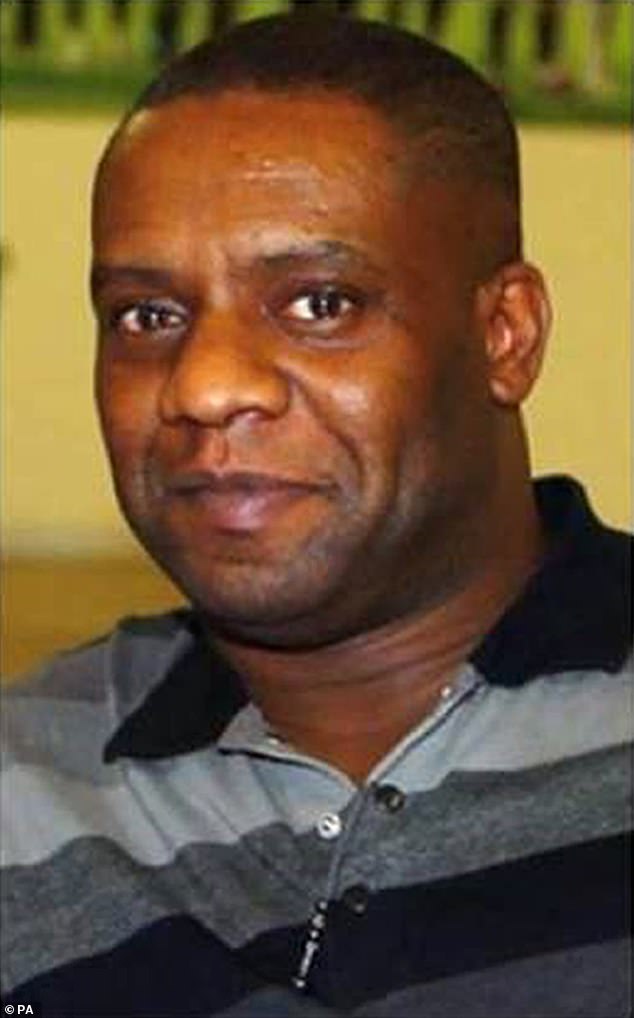 Continuing to summarise the statement, Mr Jarvis said: ‘At that, Dalian grabbed Ernest by the throat and pushed him down into a chair. He told him not to move otherwise he would kill Paul and Kenroy, Dalian’s brothers.

‘Dalian asked his father how much they had paid him.’

Jurors were told Dalian then answered the phone, again shouting that he was ‘the messiah.’

Mr Jarvis added: ‘Ernest had never seen his son like this before.

‘Ernest then heard a knock at the door and a voice on the other side of the door said ‘police’.

‘From inside the house Ernest could see and hear Dalian standing with his hands out and say ‘You are going to Taser me. I’m the messiah, you cannot hurt me’.’

Mr Atkinson, who assumed the police would be able to calm his son down, then heard a bang as the glass in his front door was smashed.

He then made a telephone call to his son Paul and went to the back of his house.

Jurors were told Mr Atkinson saw two police officers and was informed that ‘Dalian was fine and that he was in an ambulance on the way to hospital’.

Mr Jarvis added: ‘A short time later a police officer came into Ernest’s kitchen to tell him his son had died.

‘Ernest told the police that, in his view, his son had not been in his right mind that morning.’