By Lydia Catling For Mailonline

A British Army Staff Sergeant accused of sending naked photos of himself to a female soldier after promising to ‘help’ with the progression of her career has been cleared of sexual assault.

Staff Sergeant Kareen Thomas of the Royal Logistics Corps had denied sending the pictures and told a court martial the woman invented claims against him after he spurned her sexual advances.

The married 36 year old denied a charge of sexual assault after he was accused of kissing her without her consent. 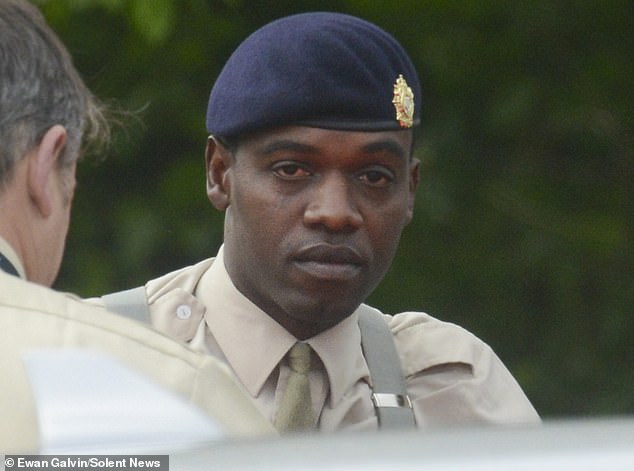 Staff Sergeant Kareen Thomas (pictured) was cleared of several accusations, including kissing without consent, after he was accused of sending naked pictures to a female soldier

He was also cleared of causing someone to engage in sexual activity without their consent, after he was accused of grabbing the female Lance Corporal’s hand and brushing it against his penis.

He was also acquitted of sending inappropriate messages, including two naked photos of himself.

Today SSgt Thomas breathed a sigh of relief at the not guilty verdicts but was warned by a judge that he should take this as a ‘lesson’ and that his actions ‘had the potential to undermine the chain of command’.

SSgt Thomas had told the court the woman actually flirted with him by sending ‘suggestive pictures’ and asked him to book a hotel room in Ayia Napa so they could spend the night together but when he declined she felt ‘insulted.’ 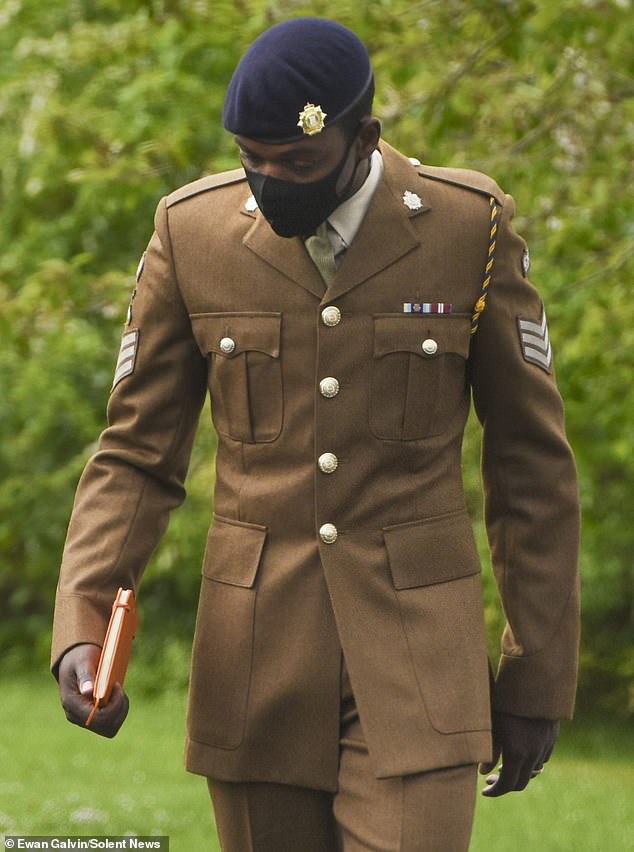 Despite being cleared of any wrongdoing, Judge Advocate Jeff Blackett told SSgt Thomas: ‘This should be a lesson to you that the law and over familiarity between ranks are important in a military setting.

‘Allowing yourself to become engaged in flirtatious messages and exchanging gifts with a colleague had the potential to undermine the chain of command and effect operational effectiveness.’ 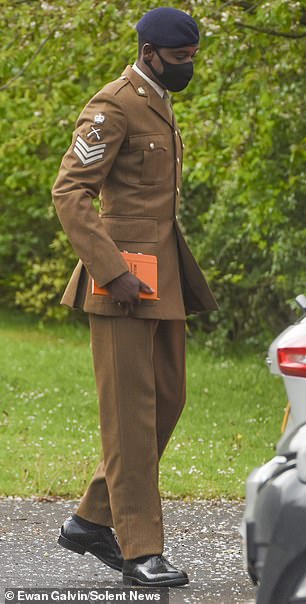 SSgt Thomas told the court he and the woman were just ‘friends – no more, no less’

During a three day trial at Bulford Military Court, Wilts, the female Lance Corporal – who cannot be named for legal reasons – claimed she considered the father of two a ‘mate’ until he made unwanted advances.

She told the court martial the alleged sexual assault happened when he drove her to a nature reserve and asked for a hug but then he ‘snogged’ her neck.

The woman said a second incident happened while the pair were based in Cyprus and SSgt Thomas offered to take her to a cash point.

She told the court that he instead drove her to a beach to look at the view – even though it was pitch black – where he grabbed her, forcing her to sit on his lap before putting her hand in his crotch.

But SSgt Thomas told the court he and the woman were just ‘friends – no more, no less’ and that she was the one who was keen to message him, not the other way around.

He said: ‘There was always a keen interest in what I was doing, where I was going and complimenting things like my car.

‘Saying things like it was great to see how I was going in my career because I was a corporal years earlier, things like that.’

SSgt Thomas admitted the pair sent each other flirtatious messages, explaining that she would send ‘suggestive pictures’ of her pouting her lips and pushing her breasts together and he would then reply with a compliment.

He claimed the woman asked him to book a hotel room in the island’s popular tourist resort of Ayia Napa and took it ‘as an insult’ when he refused. 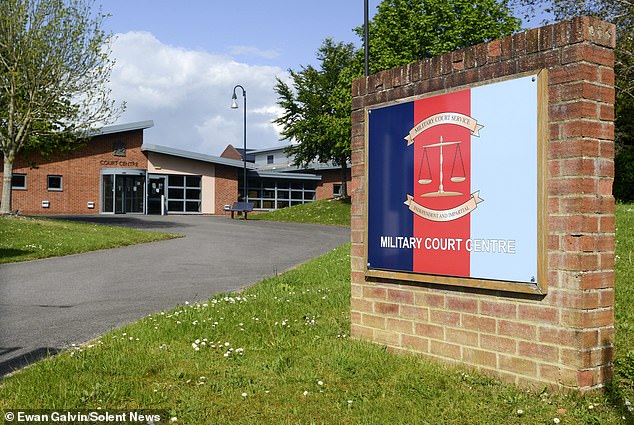 Once back in the UK, SSgt Thomas told the court she had burst into his office and they had a row in which she told him: ‘I am sick of this – I am going to f****** ruin your life.’

During her evidence the woman told the trial SSgt Thomas sent her a naked photo before the beach incident and another one after.

The female soldier claimed he later messaged asking why she was giving him ‘evils’ at work and said ‘is it because you are missing this D,’ in reference to the pictures.

SSgt Thomas, who is part of 27 Regiment Royal Logistics Corp, which is based in Aldershot, Hants, denied all the alleged offences and was cleared of all three charges.