by admin
in Technology

BSV has officially entered the Philippines, and the recent Blockchain Social Manila is a testament to this. Personalities like Elas founder Brendan Lee, nChain executive chairman Stefan Matthews, and Philippines BSV Blockchain Ambassador and country director of nChain Nicholas King attended the event with the goal of explaining how the Philippines government and private sectors could leverage the original Bitcoin protocol—Bitcoin SV.

Cu, now the co-founder and CEO of a community group platform called SariSuki, shared with CoinGeek’s Claire Celdran how the platform works with daily food essentials and how blockchain could be used to make it more efficient.

“Blockchain really caught my attention because of its aspect of community building, and I do firmly believe that blockchain is here to stay. I like BSV because it’s a layer one project…from what I’ve heard tonight, it’s something interesting and something that could really go a long way,” he said.

Lee started his speech with an interesting question: “What good does a blockchain do?”

He then explained the history of Bitcoin and how blockchain works, saying, “Everything that’s built, everything that’s running today, or at least a good 90% of it, runs on paper. What we have with Bitcoin is a way to create a new form of document, with a new media [that] is instant [and] cheap.”

The Philippines is still highly dependent on paper, especially when creating transactions, Lee said. Blockchain could replicate the process digitally and instantly.

“The Philippines is a place where really everything is running on paper. And every time you go to do something, there’s a piece of paper that someone’s got to pull out and fill out. And really what blockchain offers us is a way to streamline any process that uses paper and turn there and without breaking the continuity of that process,” Brendan explained.

Educational leaders like Jonathan Dayao, the vice president for administration at the Mapua Malayan Digital College, saw the appetite of the Filipinos for blockchain. He agreed with what Brendan said, conveying that transactions in the Southeast Asian country could be costly and tedious.

“I’ve always seen that transactions are very expensive. It takes a lot of time. With this new [blockchain] technology, it becomes cheaper. Transactions are done quicker. So, I think there’s going to be like a good platform for us to be able to do some testing,” he explained. 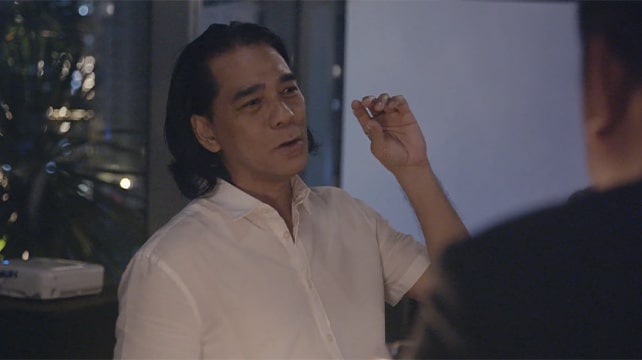 In closing, King, who was recently appointed as the BSV Blockchain Ambassador for the Philippines and country director for nChain, revealed that he has spent over a decade living in the country and saw how tech-savvy Filipinos are. He commended the Philippines’ young demographic and how they welcome digital innovations such as Bitcoin and blockchain.

“The younger people are really accepting the whole digital economy. And really, blockchain is going to drive so much of that,” he noted. “I see a fantastic opportunity of working with Filipino businesses, [and] with the Philippine government agencies to really drive BSV blockchain into life here,” Nicholas ended.

Watch: nChain’s Stefan Matthews tells CoinGeek Backstage why Philippines has the most to gain with blockchain adoption